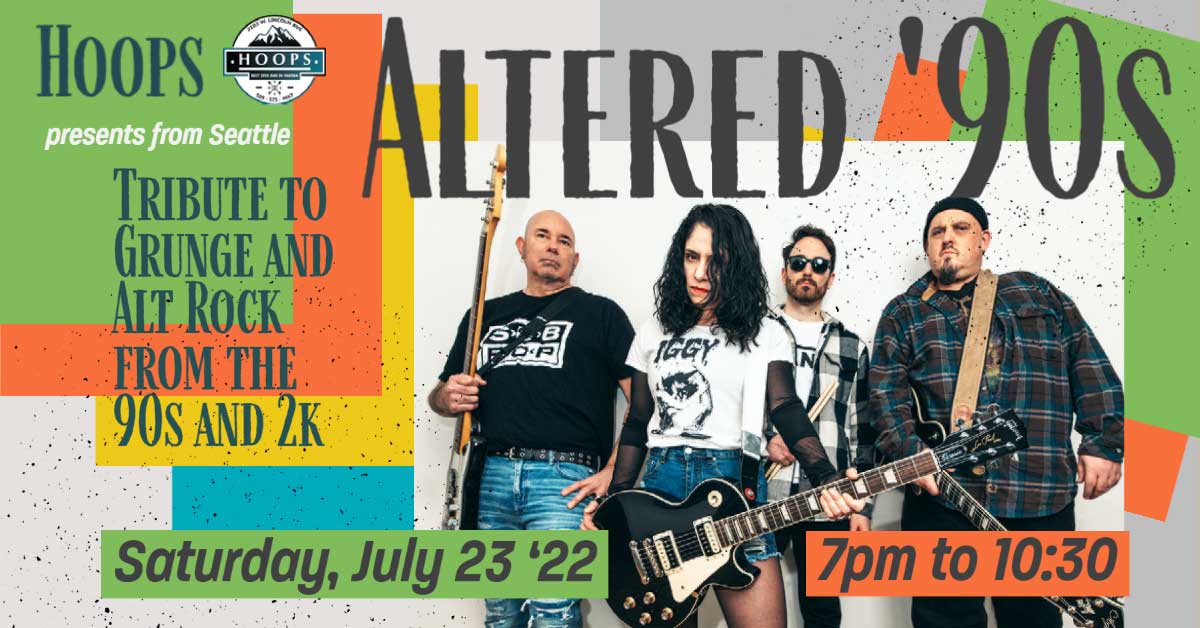 Their performance sold out last year, so get your tickets early!

Erin grew up in Western Washington and has been playing originals and covers in the Seattle metro area since 1996. In addition to singing and playing guitar, Erin also plays bass and is a complete HACK on drums. For me, it’s exciting to watch the audience get into the music and fuels the band to rock even harder!

Fun Fact: Erin is an avid Gears of War fan and spends way too much time playing video games.

Hailing from Southern California, Steve has been playing guitar since his early teens. Being raised on Led Zeppelin and the Beatles, Steve developed a deep love of high energy rock & roll. Admittedly, he spent a bit of time as a heavy metal hair farmer in the late ’80s but has a deep love and appreciation for 90’s music. He relocated to the Seattle area in 2016 and became inspired to bring some positive energy and celebrate a historic era of music that originated in the pacific northwest!

Fun Fact: Steve once attempted to sing “Ace Of Spades” by Motorhead at a gig. There were no survivors.

Rick grew up in Snohomish County, WA. Rick has played in a few different bands throughout his musical career. He has opened up for artists like Vince Neil @ The Whisky A Go-Go, played multiple sold out shows and his music was in high rotation at 107.7 TheEND in Seattle in the early 2ks.

Rick is always reminded how fun it is to play live, in front of people, who love music! The 90s’ rock was and IS his favorite genre of music.

Steven is originally from the San Francisco Bay Area and has performed with several artists over his 17+ years of playing drums. His greatest enjoyment is getting people to dance and have a great time listening to music.

90s music is so nostalgic for me, it’s what I grew up listening to. I love the vibes and variation we get, playing music from this era. See you at the show!

Fun Fact: Steven has performed drums for audiences in 7 different countries across the world, and in many large arenas!