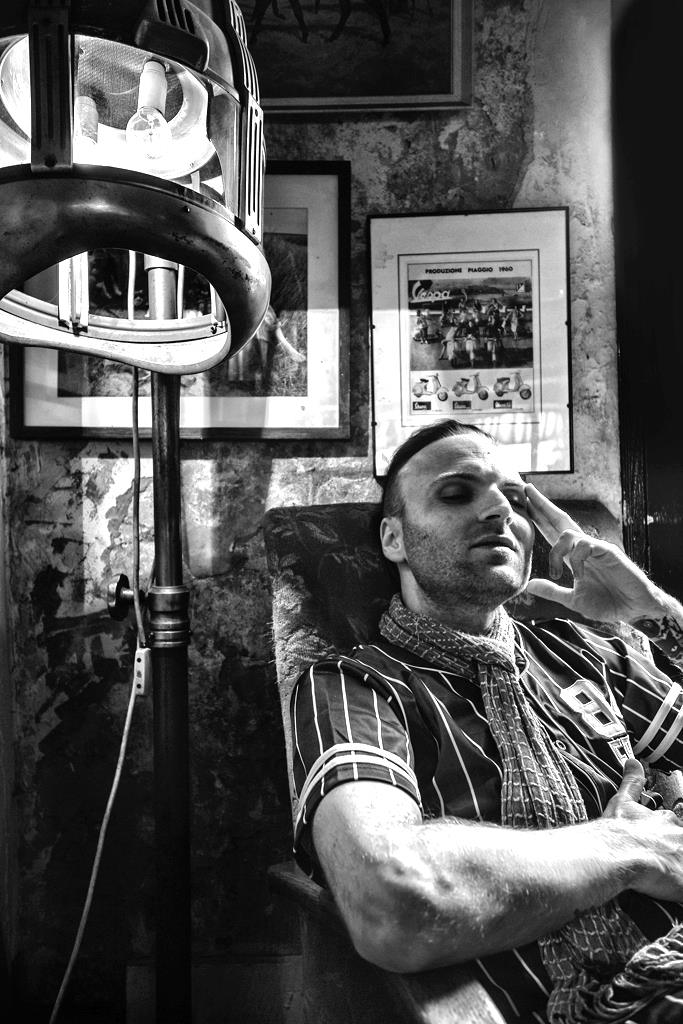 Baz Francis is the frontman and chief songwriter in the rock n’ roll band Magic Eight Ball, who formed in 2006 and released several EPs and singles throughout their early years whilst touring constantly. In 2013 Magic Eight Ball released their début album ‘Sorry We’re Late But We’re Worth The Wait’ featuring guest appearances from Jason Bowld (Bullet for My Valentine) and Donnie Vie through Magic Cat Records, followed by an accompanying European Tour. The band then released their second album ‘Last Of The Old Romantics’ in 2014 featuring the late comedy legend that was Rik Mayall (The Young Ones/Drop Dead Fred) on the record, and they once again toured the album across the continent.

Baz Francis also recorded as a solo artist when working with Donnie Vie on his 2014 live CD/DVD ‘Goodbye’ (released on Cargo Records UK), Vie’s ‘The White Album’ on that label too, the ‘The Best of Donnie Vie’ compilation, the pair’s ‘V8 Live In Europe 2015’ EP (on Magic Cat Records Limited), and the V8 single ‘Mrs Vandevelde’ (on Dharma Bucks Records). Francis accompanied Vie on tour once more, this time on The White Album Tour of Europe in 2015 (followed by a string of solo dates for Baz in the USA again), and Magic Eight Ball then returned to the studio to record their 3rd album with Dave Draper. Magic Eight Ball’s ‘Richest Men In The Graveyard’ LP was released on 2nd May 2016 prior to another European Tour for Baz and the band, which then got expanded upon to include solo dates for Francis in South America too.

Following on from his first official release under just his own name (2016’s solo EP ‘Live at Molly Malone’s / Los Angeles 2015’), Baz Francis released his first solo studio album ‘Face That Launched A Thousand Shipwrecks’ on 24th April 2017 through Magic Cat Records, which was accompanied with a World Tour in support of it around the return of his teenage band Mansion Harlots.