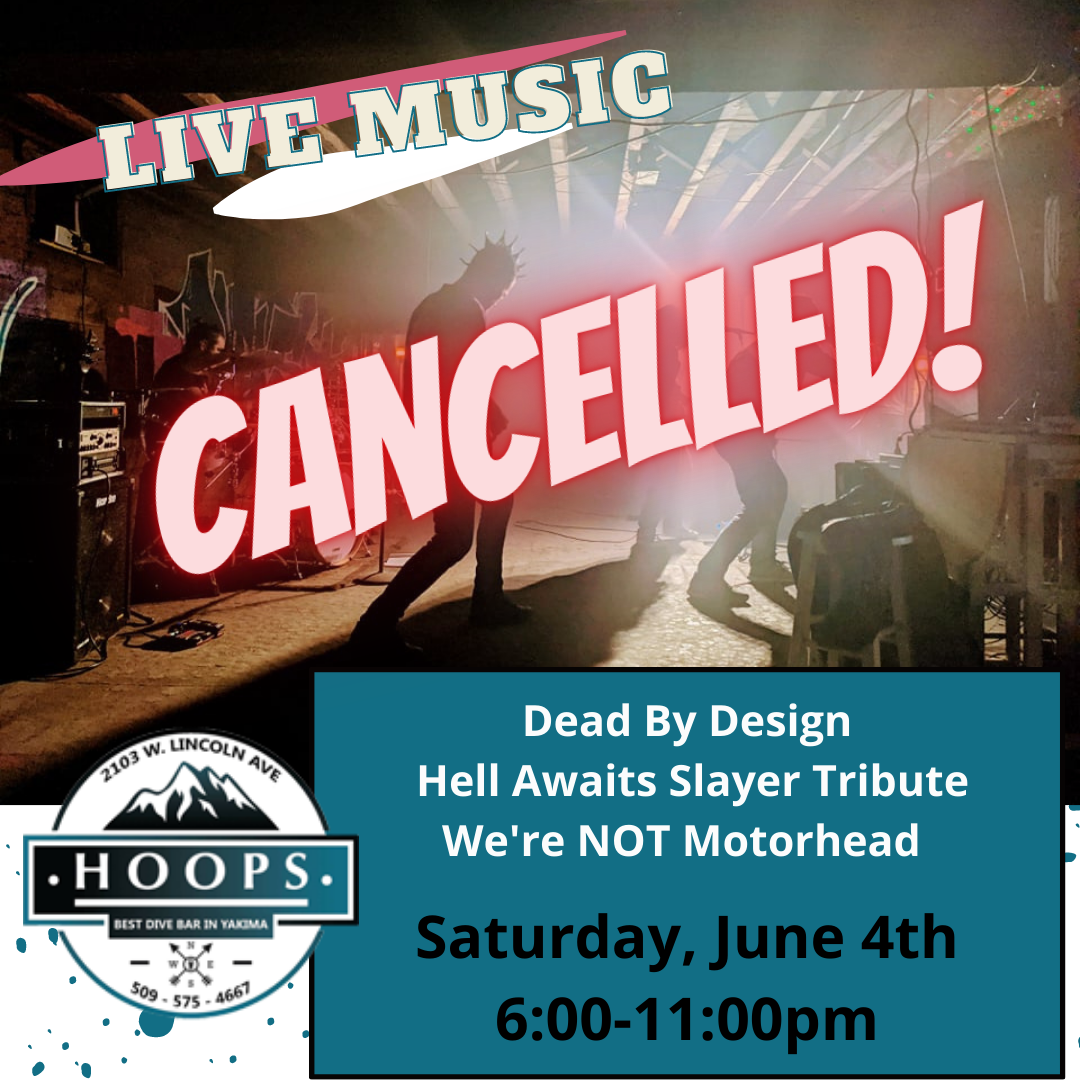 CANCELLED DUE TO ILLNESS IN THE BANDS

Join us for an 3 Band evening of live Motorhead Music on the patio @HoopsYakima with Hell Awaits Slayer Tribute, We’re NOT Motorhead, and Dead By Design on Saturday, June 4th from 6:00-11:00pm.

Based in the Pacific Northwest, DbD brings a hard musical intelligence that metal fans will love. American metal band Dead By Design brings a hard, musical intelligence to the international heavy music scene in everything it does. Based in the Pacific Northwest, the group deftly blends alt-metal, hard rock, metalcore, and modern metal influences into a gripping sound perfect for this exact moment in time. Band members Austin Wendfeldt (vocals), Ed Mejia (guitar), Clint Davis (drums), and Brian Mortenson (bass) have achieved a level of chemistry few bands can match that allows them to create music that’s equal parts rage, catharsis, and social commentary.

Their tracks feature clean and dirty vocals, ripping, articulate guitars, and pounding, stutter-step beats in fresh and original ways that metal fans around the world will bond with immediately. Cuts like “From the Sea” and “Neurosis” will make the band’s brilliance instantly clear to anyone within earshot. Dead By Design is creating the future of metal right now as we speak and all who live for heavy rock need to get in on their movement.